PROGRAM HAS BEEN MOVED TO 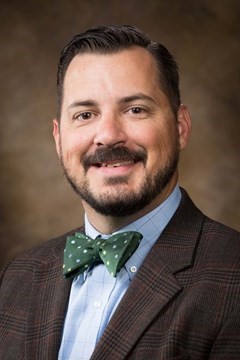 Counterculture flourished nationwide in the 1960s and 1970s, and while the hippies of Haight–Ashbury occupied the public eye, a faction of back to the landers were quietly creating their own haven off the beaten path in the Arkansas Ozarks. In Hipbillies, Jared Phillips combines oral histories and archival resources to weave the story of the Ozarks and its population of country beatniks into the national narrative, showing how the back to the landers engaged in “deep revolution” by sharing their ideas on rural development, small farm economy, and education with the locals—and how they became a fascinating part of a traditional region’s coming to terms with the modern world in the process.

Jared M. Phillips holds a doctorate in American history and is assistant professor of international studies at the University of Arkansas. He joined the faculty of the International Studies program in 2016. He earned a Ph.D. in History at the University of Arkansas under the direction of Dr. Randall B. Woods. Dr. Phillips is a specialist on the history of U.S. foreign policy and U.S.-Sino relations in the late twentieth century, and he has published work on topics ranging from development policy in the Tibetan highlands, American foreign policy in the 1960s, and international human rights. 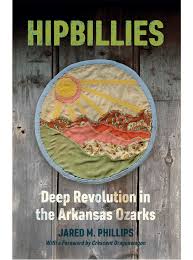