Films in the CREATED EQUAL series

Barbara Lackey (Horace Mann HS-Little Rock '60, ATU '68) spoke about her experiences at Arkansas Tech University and beyond an evening in April 2016 following a showing of the film.

Created Equal: America’s Civil Rights Struggle is a special initiative of the National Endowment for the Humanities in partnership with the Gilder Lehrman Institute of American History

Starting in February 2014, the Ross Pendergraft Library will present Created Equal: America’s Civil Rights Struggle, a film, lecture, and discussion series about the changing meanings of freedom and equality in U.S. history.  Arkansas Tech is among 473 organizations and educational institutions across the nation selected for the program.

The selected films from the National Endowment for the Humanities and the Gilder Lehrman Institute of American History featured are The Abolitionists; Slavery by Another Name; The Loving Story; and Freedom Riders.  Deeply grounded in humanities scholarship, these films tell a remarkable story–about the importance of race in the making of American democracy, about the power of individuals to effect change, and about the historical contexts in which Americans have understood and struggled with ideas of freedom, equality, and citizenship.  The documentaries address events from the 1800s through 1965 and several themes resonate among these films: the search for equal rights as defined in the Declaration of Independence and the Constitution, the roles of individuals and grassroots groups in bringing about a more just society, and the evolving understanding of democracy and freedom in the history of the United States.

The Created Equal program provides opportunities for students, the public, and scholars to discuss historical research and learning from primary sources. Three of the films (The Abolitionists, Freedom Riders, and Slavery by Another Name) will soon be available for free viewing online at the National Endowment for the Humanities website http://createdequal.neh.gov/. And all four are available for check out from the Library Media Center.

An image from FREEDOM RIDERS 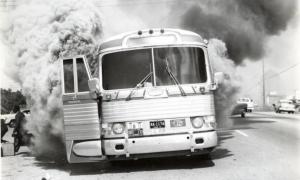 Mother’s Day, May 14, 1961: A Greyhound bus carrying the Freedom Riders was attacked by a mob who slashed its tires, and then firebombed the disabled vehicle outside of Anniston, Alabama.

An image from THE LOVING STORY 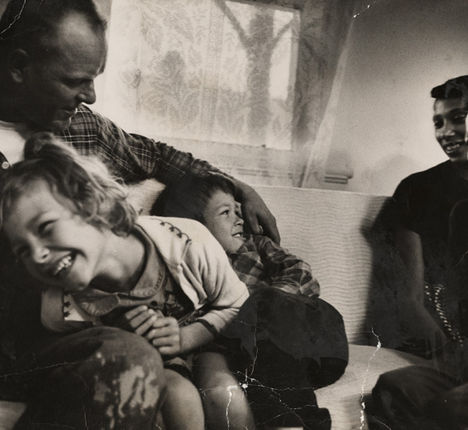 "Created Equal" is a film, lecture, and discussion series about the changing meanings of freedom and equality in U.S. history. The program provides opportunities for students and scholars to discuss historical research and learning. This LibGuide was created by Luke Heffley for the Arkansas Tech University Ross Pendergraft Library.