Everything you wanted to know about physical and streaming collections of films and video for classroom use.

Reserve a film for a class

Do you need an external DVD drive or Blu-Ray player?  The library loans external drives that plug into a standard USB port.

The Ross Pendergraft library has over 5,000 DVDs and Blu-ray videos available in its circulating collection.  These collections are divided physically into the Nonfiction and Fiction &Television Series collections.  They are all searchable in Find It.

These include documentaries, instructional videos, and other videos not theatrically released.  These videos are located in the tall shelves, at the beginning of the Reference Collection.  All films are arranged by Dewey Decimal call number system.

Where are the DVDs? 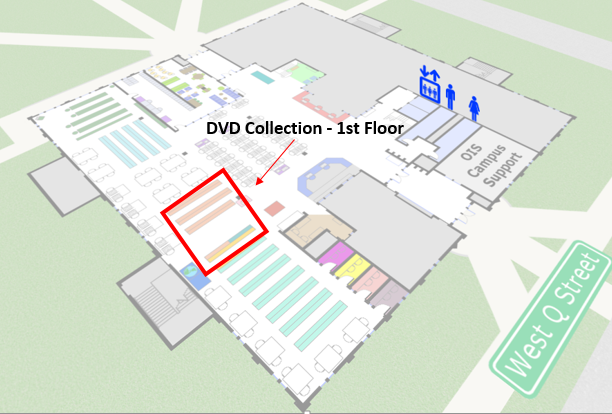